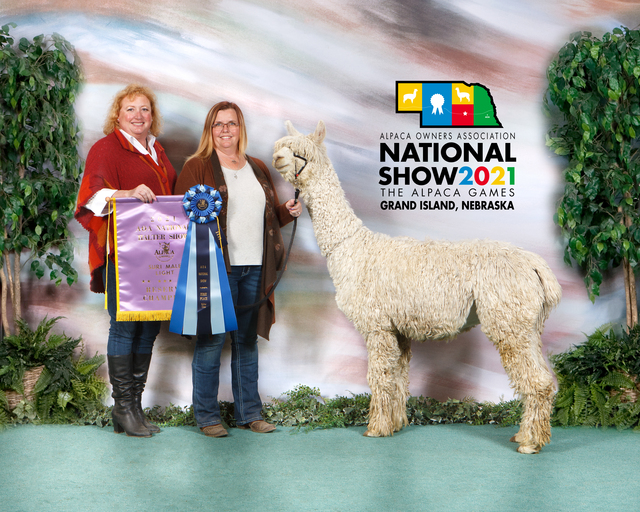 When we had an opportunity to purchase Lexus, we jumped at it!

He shows off a stunning head on a well conformed frame but its the fleece that spanks of his royal lineage. It is exactly what Pucara bred for. High luster, in fact luster to burn! It is fine and dense and displays nice independence of locking with that buttery greasy handle that Pucara loved to see in their program. In March 2014 he tested at 18.6m 3.9sd 20.9cv

Sired by none other than the five times Futurity Light Herdsire of the Year Pucara Kahuna, his mother also comes from immaculate lineage. PureSuri Lexus is a daughter of one of the densest males Pucara had ever seen, LCA Viho (Inca son) and her dam is a Snowmass Ice Dancer daughter that is infused with the superior genetics of Uribe and Ganador.

UPDATE: LEXUS IS NOW CLOSED to outside breedings. Congratulations to everyone who purchased their breedings while they were available. 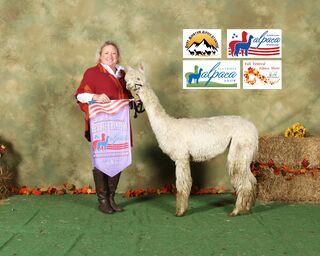 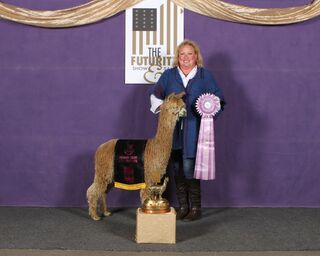 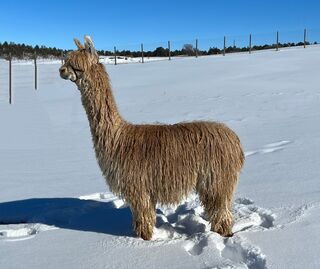