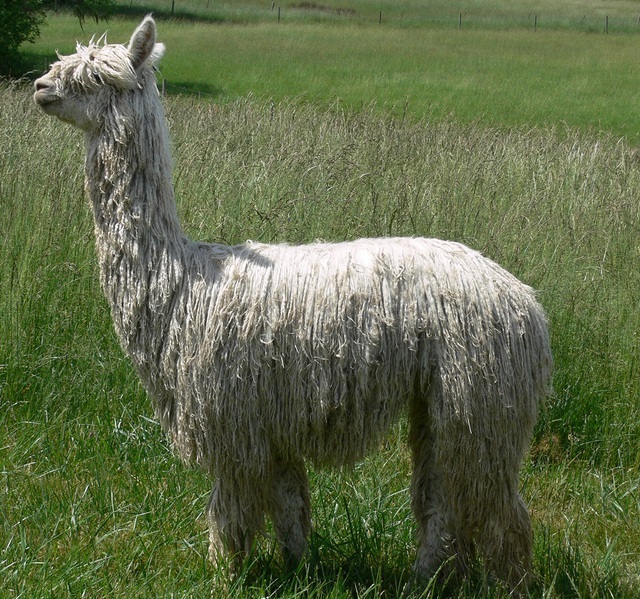 Offspring on the ground!

Ask a question
Details
Certificate Histogram
The fleece. The stature. The genetics. The look. You want a stud male to improve your suri girls?Perhaps make the good ones great? This boy has all the potential in the alpaca world to do that.

He is the last Kahuna son. His dam Silkworm, is maker of champions and the Futurity Reserve Herdsire of the Year, Pucara PureSuri Madiba. She is the daughter of the famous Bruxo and DDF Accoyo Gracie (Uribe X Augustina). Of course Gracie is half sister to the famous MacGyver.

Now the sire Pucara Kahuna needs should need no explanantion. But just in case. He is unequalled as a light/white herdsire, being Futurity Herdsire and Reserve Herdsire of the year eight times and sire and grandsire of both light and dark Futurity Herdsires of the Year, like Chakotah's Wyuna who won light and dark in the same year which has never been achieved by another alpaca.

There you have it - a family tree of incredible quality, layer upon layer. What does this mean? Essentially that there is a whole lot less variation in outcome of production when Kahuna's Silkroad produces cria. That should be worth a whole lot more than just phenotype which is what most breeders use as a yardstick! It is more valuable than any championship you might win!

The Silk Road cria are now on the ground! Come see what this fabulous male can produce! 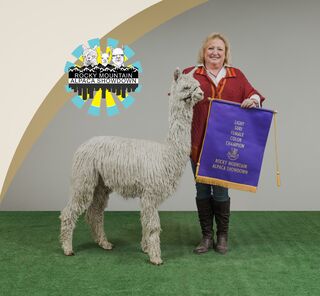