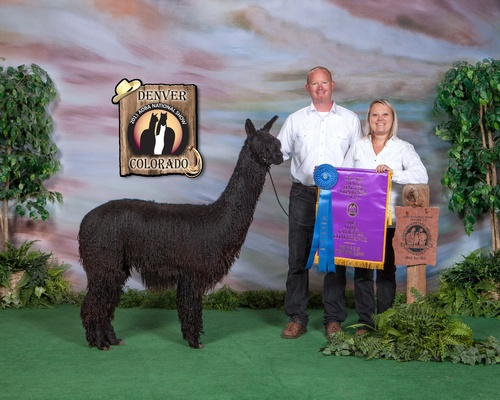 THE BOOKS ARE CLOSED

GLR Nasca has a " who's who" for a pedigree with some well known genetics on her ARI certificate of Rockstar, Torbio, Rene, Ramilo, Maria, 4P Susurro, Sweet Foxfire Jax, Lethal Weapon, and Dee Dee Jax. She has solid colored genetics from her mother's side and is the daughter of our 5 time Color Champion, 3/4 Accoyo Young Felipe. She was shown once in 2009 as a six month old at AOBA Nationals and was 1st in her class. She is a high luster girl with a micron count of 19.2 . She had a beautiful jet black son, GLR Nico who was 2nd at the AAA Futurity, 1st and Rerserve Color Champion at MAPACA and 2nd in a class of 14 at AOBA Nationals as a juvenile and in 2013, as a yearling, GLR Nico was the AOBA Black Color Champion. Nacsa had a beautiful fawn daughter in June 2013, and is currently bred back to GLR Rastamon for a June 2014 cria.

GLR Nico has produced a Futurity Champion every year he has been in Production!
He is now standing stud in Oregon half the year and Colorado half the year! Many people who have purchased breedings to Nico over the years have put Champion offspring on the ground as a result. We are proud of his longevity of fleece traits in this color and his continuing success in his breeding career.

Nico's progeny need no introduction, they continue to blow away the competition in the show ring and it is easy to understand why! With his genetics and pedigree, he continues to stamp LUSTER and LOCK on everything! Nico has blown us away with his ability to pair extremely well with Macgyver lines! Our best pairings with Nico have been from Macgyver lineage girls! Between confirmation, lock and luster, Nico has not let us down. Below are some of his amazing offspring and we have had a hard time hanging onto these guys and you will be able to see why!

On top of being a wonderfully easy boy to handle and breed, this boy has given us several offspring to be very proud of! And because Nico's offspring are so Wildly popular, we have only been able to keep a few long enough to be able to biopsy. But his kids did not disappoint us at all, in fact right after biopsying these guys they were sold!

RGSA Eleanor; Sold before we were able to Biopsy. Now owned by Brian Barfield & Katie Silver. SOLD at Futurity 2016 for $10,500! Eleanor has gone on to produce her first offspring for Brian & Katie, a wonderful bay black female!

Rogue's Archemedes; Up and coming Grey Stud Muffin! A true clone of his father except in Grey! This boy will hit Rogue Suri Alpacas Herdsire row 2019!

GET OF SIRE, CALIFORNIA CLASSIC 2017

GET OF SIRE, ALPACA BREEDERS INVITATIONAL 2016

GET OF SIRE, GOLD COUNTRY GATHERING 2016

GET OF SIRE, AOA FLEECE NATIONALS 2015 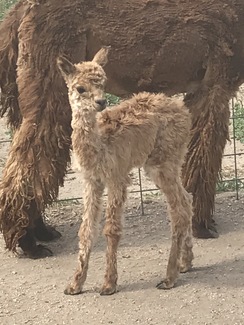 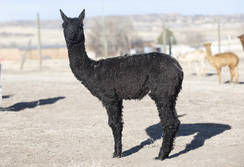 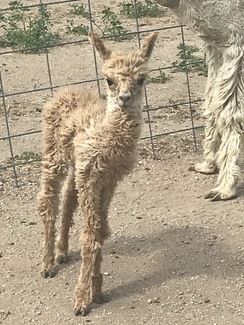 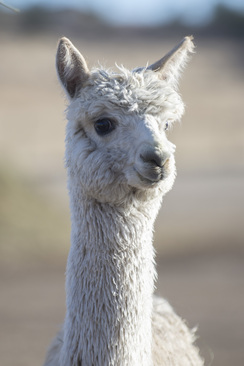 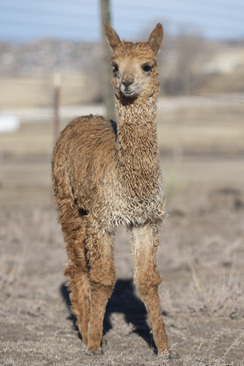 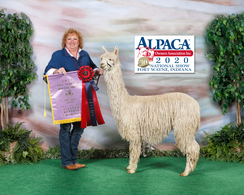 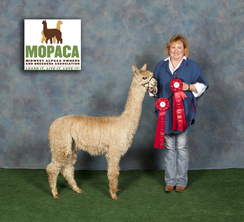